Several of you know our fun, hip and handsome friend Patrick Terry, one of the few lucky gentlemen invited to have full Women’s Mafia membership…. Well, did you know that our lovely friend also happens to be one of the leading mentalists and magicians in the country and has performed for celebrities and presidents?!?
He is producing and headlining a show at the new Galapagos Space in DUMBO this Wednesday August 19th and we are coming out to support! 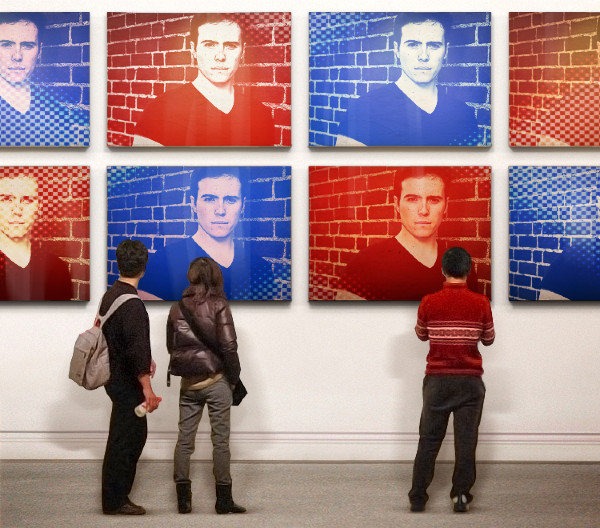 New York, NY. August 2009 – Award-winning magician and mind reader, Patrick Terry returns to Galapagos Art Space with a line up of the best contemporary conjurors the world over! For one night only, come witness the comedic juggling super powers of Marcus Monroe, the magical poetics of Vanishing Vinny, the sleight of hand artistry of Matthew Holtzclaw, and the one of a kind vintage vaudeville of New York’s own, Cardone.

For over 10 years, New York conjuror, Patrick Terry has traveled the globe as a featured entertainer for corporate events, private parties, and celebrity functions. A graduate of NYU’s Tisch School of the Arts, his reputation for delivering big laughs and breathtaking effects has made him one of the city’s most respected young mentalists. Recently opening for Galapagos’ flagship series, The Floating Kabarette, Patrick is thrilled to introduce an exciting cast of mysterious artists for all to enjoy!

The evening will feature the talents of precocious, veteran performer, Marcus Monroe who has brought his unique brand of humor, wit and specialty juggling to venues as varied and exciting as the Edinburgh Fringe Festival in Scotland, Cirkus Cirkor in Stockholm, Sweden, and the Shoebox Tour in Toronto and Montréal, Canada. In addition, Marcus has sailed the high seas performing on Princess and Royal Caribbean Cruise Lines. In the USA, he has entertained at sold-out performances while headlining in major locations including New York City’s Comix with comedian David Cross. With special appearances from Vanishing Vinny and Matthew Holtzclaw and a very rare performance by Vintage Vaudevillian, Cardone, who has captivated audiences around the world with his unique one man show combining skills in ventriloquism, illusion and escape artistry– this is definitely one show you don’t want to miss!

And here’s what people are saying about the venue: “Quintessential Dumbo bar/performance space/theater with mini-lake: still looks good, still boasts truly kick-ass programming. Alternative comedy to make you wet your pants, while burlesque renews our faith in pasties. Film/video screenings give the indie kids something to pontificate about. All this, plus booze. Evolve.” — Black Book NYC

The evening will also include live music and much MUCH more! Don’t miss it!
For reservations visit  www.smarttix.com
And be sure to check out:
www.cardonethemagician.com
www.vanishingvinny.com
www.matthewholtzclaw.com
www.marcusmonroe.com