By Ritika W at Ms. Fabulous

What was the highlight of fashion week for me? The irreverent, vivacious Betsey Johnson presenting her Fall 2011 collection at Lincoln Center on Valentine’s Day. Undoubtedly, her show is the brightest  trip of the week.   This season, she presented both her upmarket Black Tag collection and her more affordable, Pink Patch lines on the same runway. 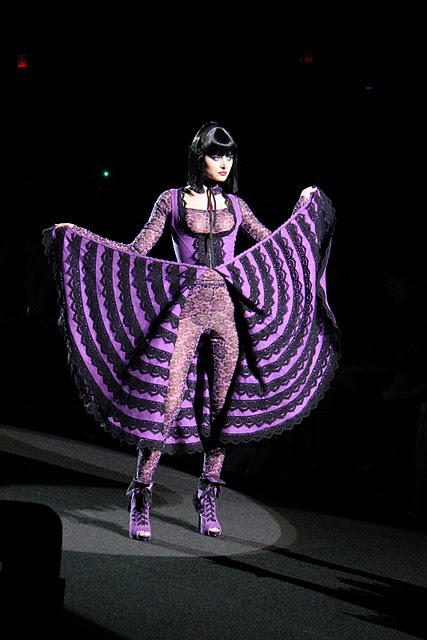 For the 33 years, Betsey has put on a fabulous show for her downtown girls.  The models were relaxed and beautiful in clashing over-saturated florals and prints.   They strutted in short Louise Brooks

There were peplum jackets and skintight pants in black and white leopard prints.  Red rompers over shiny red leopard tights were seen.   Red plaid tartan bustiers were worn over long fuchsia skirts. While the collection on the runway was great on the models, the individual pieces were wearable for non-model types too.  My personal collection (of now vintage) Betsey Johnson  dresses still receive compliments, so I can attest that each piece is workable in any wardrobe. 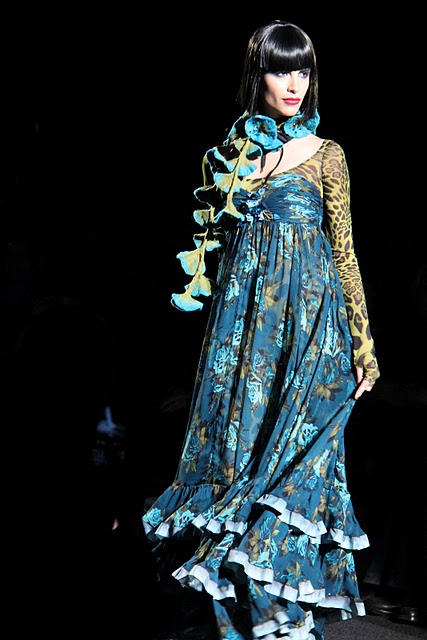 The best part of the presentation was when Betsey Johnson sent her staff of girls and the occasional boys dressed in her clothes at the end  to universal audience support of whistles and clapping.

Miss Jay from America’s Top Model fame and the ever present, Robert Verdi, were also spotted in the audience. 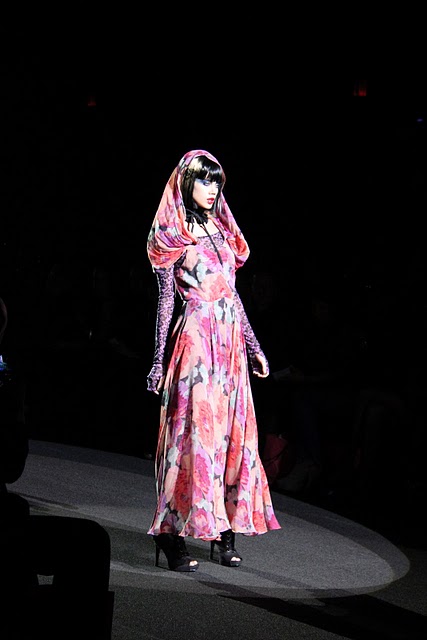 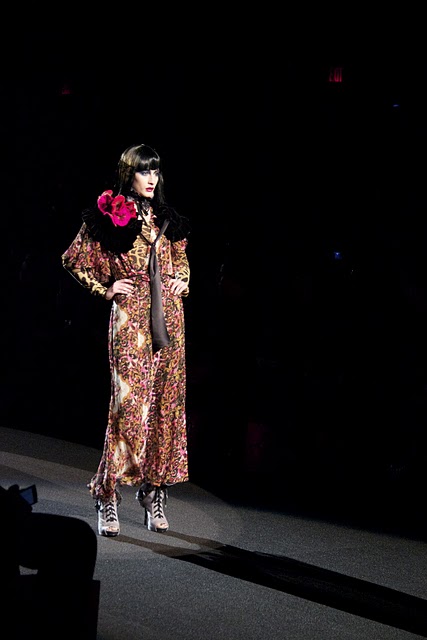