Women’s Mafia members are eligible to win a pair of tickets to Planete Chic’s premier New York Fashion Week event, featuring top-tier international designers! Write to marcy@womensmafia.com for a chance to win. Winners will be notified by February 3rd. 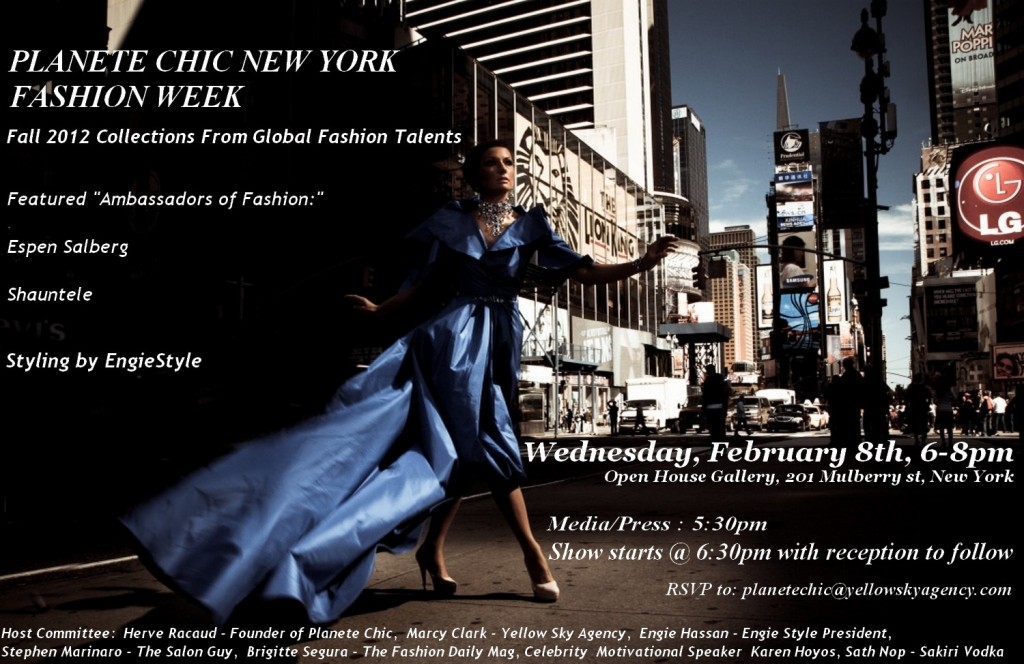 Planete Chic is focused on bringing both emerging and established  domestic and International fashion houses to the world’s leading Fashion Weeks in order to help promote designers in competitive markets.

Espen Salberg
Born in Norway, after living in Italy for many years, he is Bali based since 2007. After presenting at Hong Kong Fashion Week past season, he is making its New York debut with ‘FIRMATO’ his Fall 2012 Couture collection

Shauntele
Shauntele presents a multidimensional femininity by combining tailored, body conscious constructions with details of soft draping. Alluring yet flattering silhouettes create a sophisticated balance between elegance and seduction. Her approach ushers in a new respect and understanding of modern woman’s duality. Both femininity and function meet to create versatile classics to be treasured as mainstays in any wardrobe. Launched in 2008, Shauntele’s clientele includes some of the most influential women on the Manhattan social scene, such as Ivanka Trump and actress Judy Reyes.

*This invitation is for one person and is not transferable.  RSVP required. Dress code to attend shows is ‘Elegant.’  21+ only