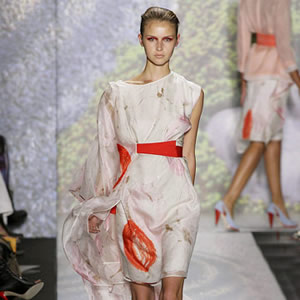 Hats off to you Ms. Cibani! Ports 1961 was one of the most holistically and artistically beautiful fashion shows I have ever seen. Before I even get to the clothes, I must say that Tia Cibani and her team are consummate professionals and showmen! The tent was packed to the gills – it seemed to me that about 2,000 people were watching the show. As the lights dimmed beautiful ephemeral violin music began playing, with a background of subtle electronic tones that made it current. Then the models started walking, and they kept coming. Down the double runways there were often 5 models walking at once, most of them making their way down both runways in each look. It was choreographed like a dance and created a pleasurably hypnotic experience for the audience. 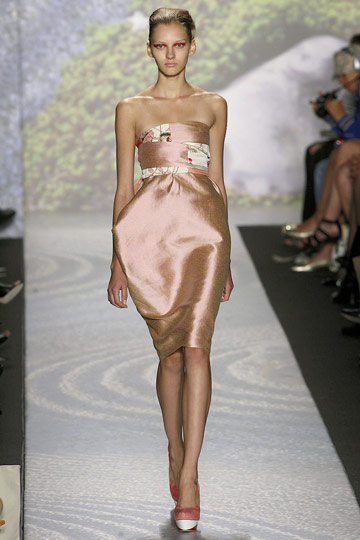 Tia Cibani is a savant of draping and also of structured, bold assymetrical statements. Though many of her pieces were clearly inspired by the Japanese Kimono, I do not think that I saw any shape twice. Her looks were thoughtful and varied, and decidedly they worked together for a collection. At first pale, pale pinks and whites with tasteful shocks of red dominated the runway, alongside more structured silk creations in a timeless raw silk dusty rose. Then, poppy-red silk shifts and layered looks followed, beautifully balancing both structure and fluidity. Soon a new color palette of slate greys, silver and yellow appeared, joined by whites, browns and silver accents. 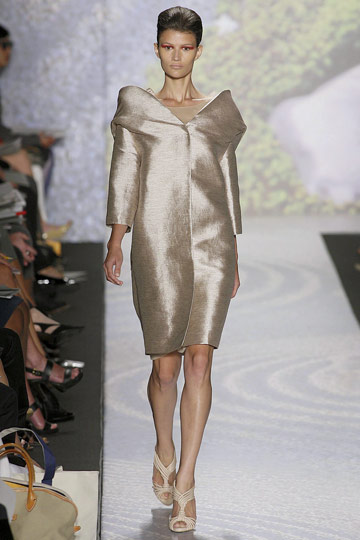 Recurring themes included fitted harem pants and gathered capris, a healthy use of gold, copper and silver metallics lending shine, structured, cumberband-like waistlines, split skirts (half ruffled, half not) and asymmetrical shoulders with all the volume on one side. I predict seeing several of Port 1961’s Spring/Summer 2010 looks on the red carpets of the Oscars and Emmy’s this year – sophisticated, seasoned fashionistas and young actresses looking to make a statement will both find a savior in Ms. Cibani’s skillful hands. 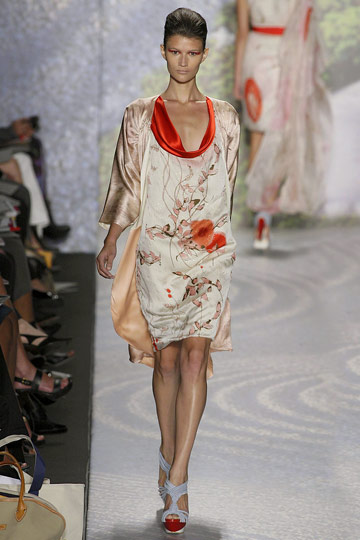 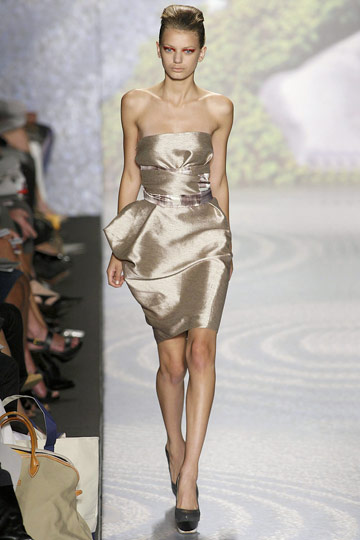 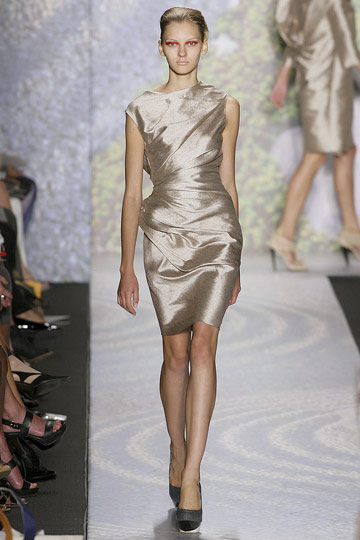 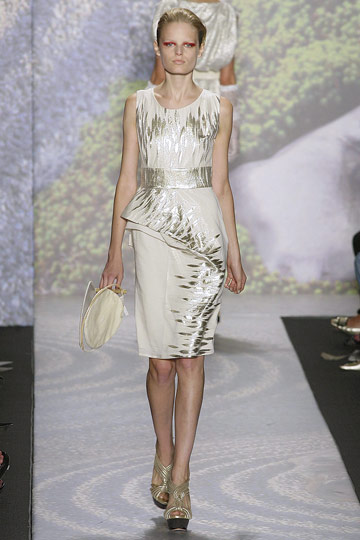 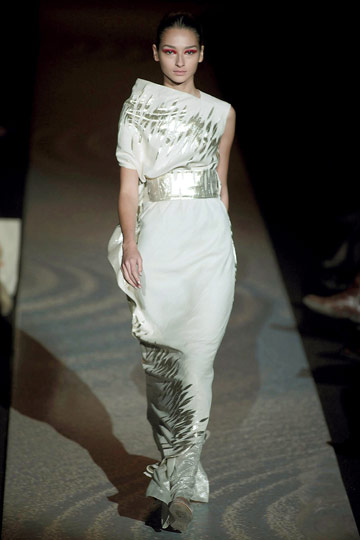