The Lady You Wanted: Love, Art and Jeanne-Claude’s Lasting Legacy

By MarcyNovember 23, 2009Art, Events
No Comments 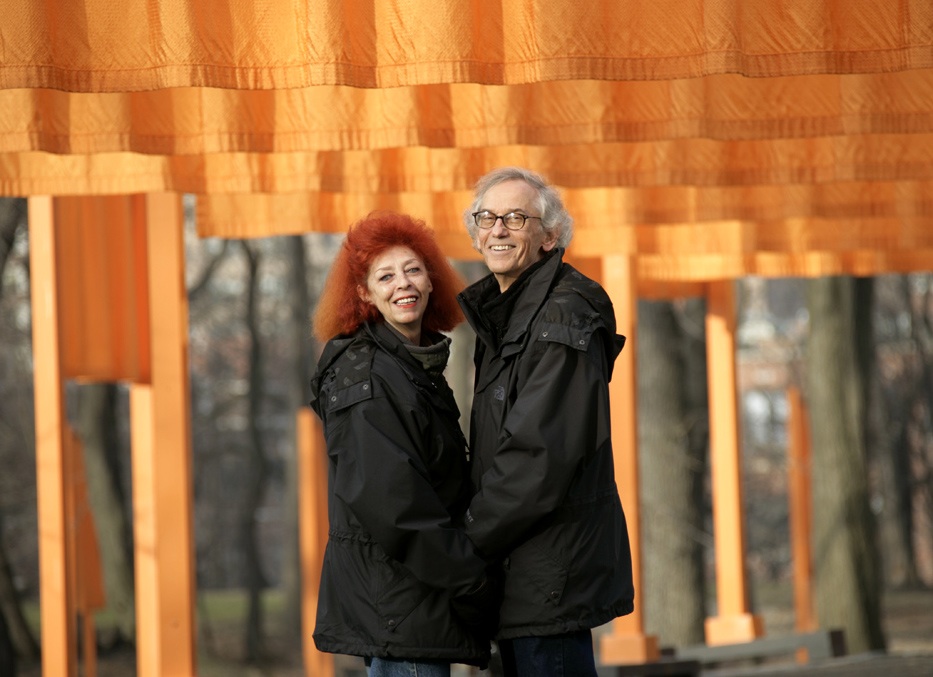 In the wake of the passing of modern art’s beloved gem, Jeanne-Claude (of the acclaimed duo Christo & Jeanne-Claude), I want to briefly pay homage to her bright career.  I was fortunate enough to attend their lecture at Princeton University this year where they walked us through some of their most famous work.  With fiery orange hair waving, Jeanne-Claude seemed to possess a magical glow of intellect and mystery.  You could even feel their passion for their work and each other in the way they chirped sweet “darlings” in between orders as they struggled to work the slide projector. 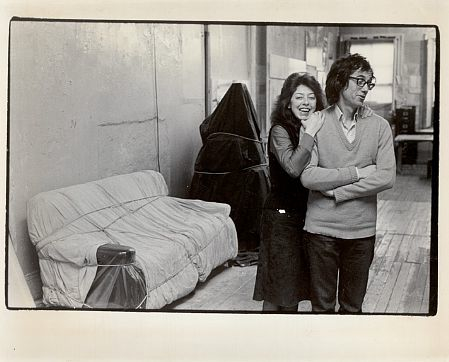 Christo and Jeanne-Claude were both born in the same hour of the same day on June 13, 1935.  They first met in Paris after Christo, a Bulgarian refugee who was working as a dishwasher, was commissioned to paint a portrait of Jeanne-Claude’s mother.  At the time Jeanne-Claude had just been married, but after only three weeks she abruptly left her then-husband and ran off with Christo.  (Ah!  Tre romantique!)  The two devoted themselves to their art, coming together for their first work, “Dockside Packages, Cologne Harbor” (1961) on the docks in Cologne, Germany.  In 1964 they immigrated to their permanent home in New York City where they forged their historic collaboration.  Works ranged from the stunning silver cloth of “Wrapped Reichstag, Berlin” (1971-95), “The Umbrellas, Japan-USA” (1984-91), the beautiful and ominous “Wrapped Trees, Switzerland” (1997-98) and the State’s most notable, “The Gates,” in Central Park.  7,500 gates were draped in specially woven, saffron-colored curtain around the prized NY landmark. In addition to their work wrapping fabric, Christo and Jeanne-Claude draped the coast of Australia and the Florida islands with miles of mesh and cloth.  Each work presented a strong and electric statement, shocking and igniting the imaginations of their public. When asked why the duo chose such precious locations and fragile natural structures Jeanne-Claude famously replied, “Did you marry the lady you wanted or did you marry an alternative woman?”  All were temporary installations, its nature alluring because according to the artist, “Like childhood, it is precious because we know it does not last.”

Jeanne-Claude died at the age 74 on November 18, 2009, closing the last chapter of her career of 51 years in art.  As for the prologue, Christo is dedicated to continuing on the legacy he and his wife began.  To find out more please visit www.christojeanneclaude.net 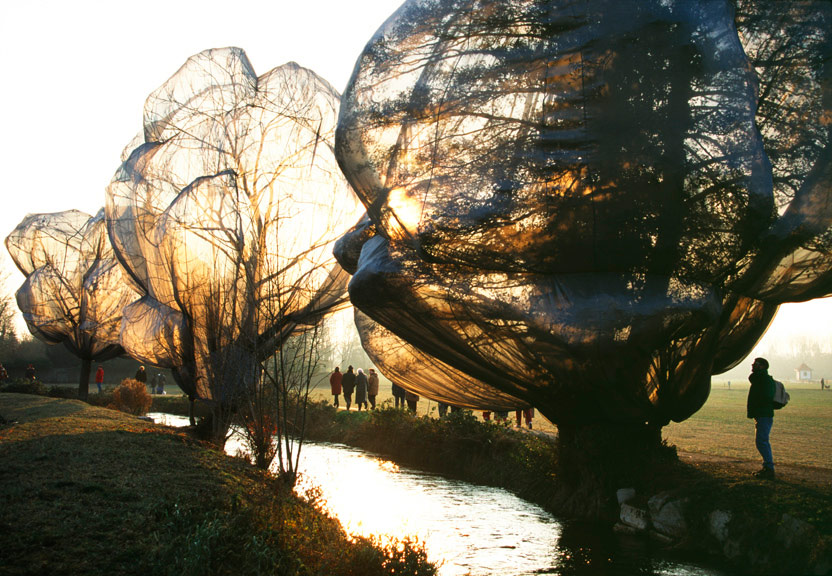 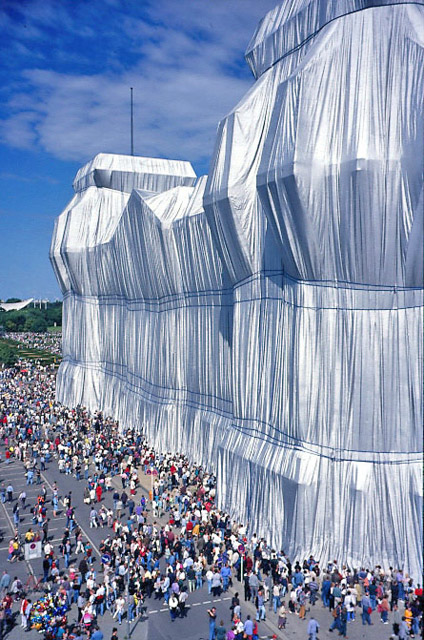 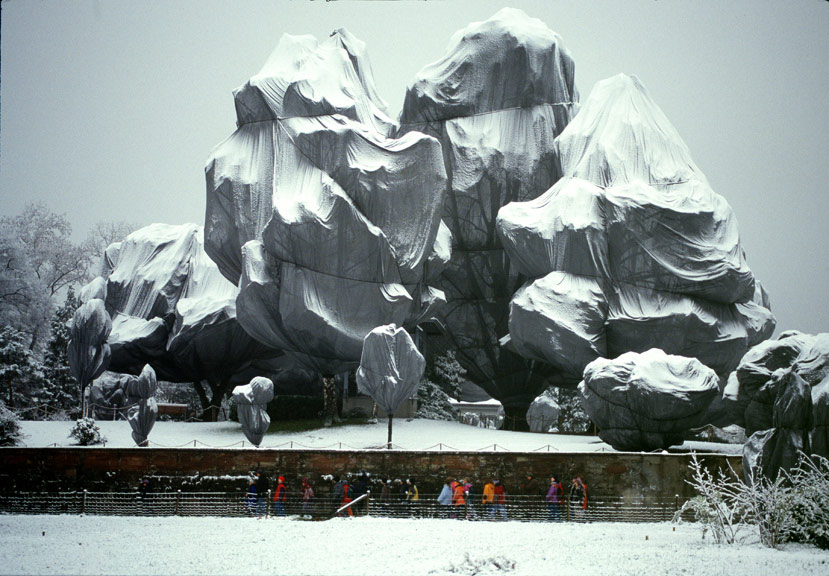 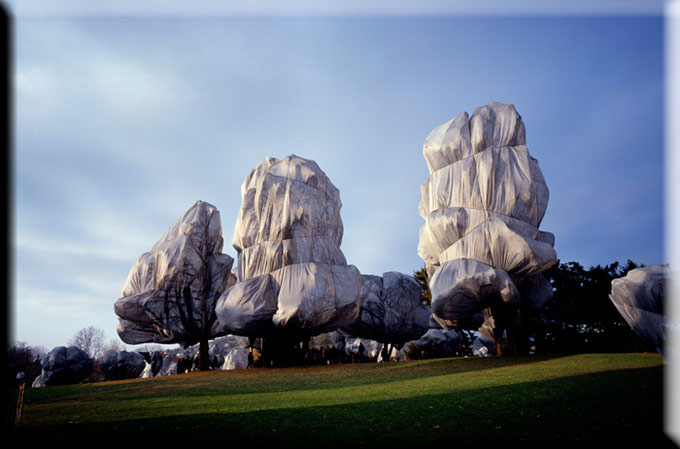 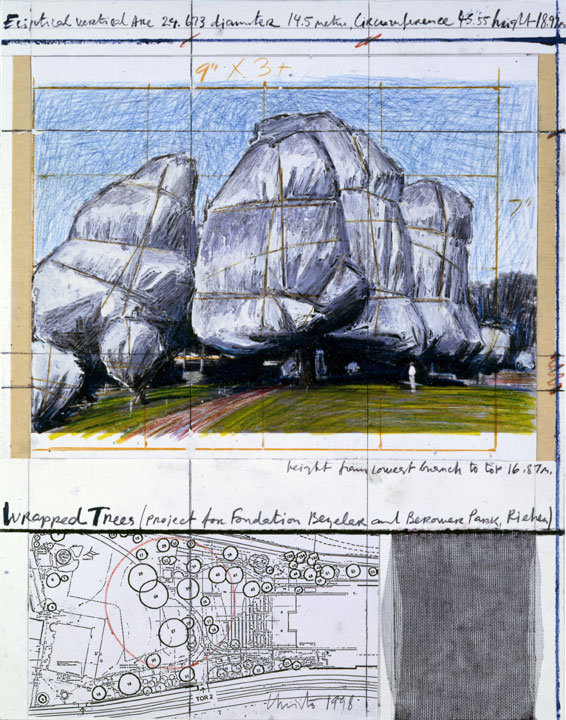 About Courtney Fortune, our LA Arts and Fashion Correspondent: 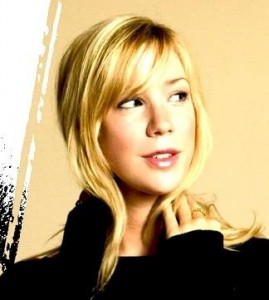 In 2006, Fortune won the Second Annual Seattle-Kobe Female Jazz Vocalist Competition, which led to performances in Japan. In November of that year, Fortune released her debut EP “Almost Home,” receiving national media coverage for the album while becoming one of six finalists for MTV’s “I Want My Music on MTV.”

For her debut album “Speak Love,” Fortune collaborated with four-time Grammy-nominated composer/arranger Chris Walden. Walden and his acclaimed Chris Walden Big Band, who have performed with Michael Bulton, Paul Anka, Tierney Sutton and others, has now incorporated Fortune’s performances into his repertoire. At 20 years old, Fortune has already performed with industry luminaries. She has performed alongside Garrison Keillor for his venerable radio show “A Prairie Home Companion,” and received an award for outstanding musical achievement at USC’s 2008 Dickens Dinner, where the USC student performed for legendary hitmakers Brian Wilson and Lamont Dozier.

The dark tones of her voice transition seamlessly from jazz to folk and pop for “Speak Love,” released by Origin Records on Aug. 18, 2009. The music revitalizes and inspires loyal jazz patrons and gives depth to the current state of the pop genre. Courtney Fortune will be featured in the September issue of Glamour Magazine.

To invite Courtney to your events write to Marcy@womensmafia.com.