We have the great privilege of co-hosting and spreading the word about the most exciting Chelsea Art Event of the season! 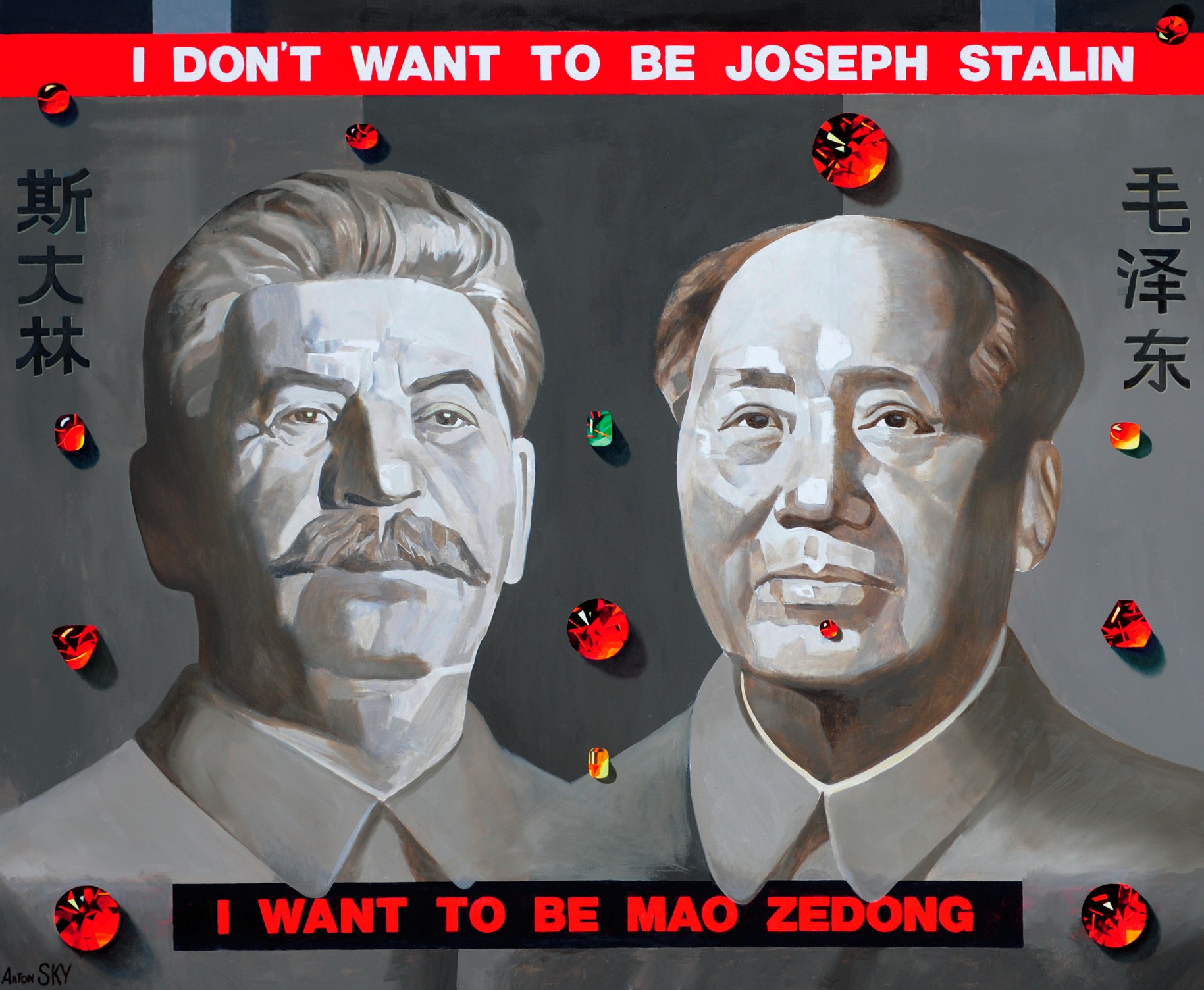 Please enjoy a press release about the show and images of Kandinsky’s work below!

Would you like to RSVP for the Opening on Oct. 1st?
RSVP to Marcy@womensmafia.com

New York, NY. September 18, 2009 — Art Next Gallery is pleased to announce a solo exhibition of Anton Skorubsky Kandinsky entitled “China-ism”. The exhibition will be held from October 1 to October 31 at Art Next Gallery, located at 530 West 25th Street, 3rd Floor.

The China-ism exhibition presents a series of paintings and two installations on the subject of Contemporary Chinese Art including Culture, Politics and Economy that inspired a non-Chinese artist, Anton Skorubsky Kandinsky, who lives and works in New York.

If contemporary China had become a locomotive that drives the World economy, then Contemporary Chinese art became “the new Hermes” for today’s art world. Anton S. Kandinsky asserts that the world was introduced to “China-ism” by Andy Warhol, who in 1972 created a large size pop-art portrait of Mao Zedong. This was the entry point for Chinese symbols and iconic figures to establish a strong presence at the contemporary art scene. Today one can find presence of these symbols at a growing number in art galleries, art museums and art auctions, where Chinese Contemporary art remains firmly attractive to art collectors.

“China-ism” has become a ubiquitous landscape. But how should the Western viewer interpret it? Is the rise of Chinese art establishing itself as a “savior” of the world’s creativeness or is it just a hopeful “myth” for contemporary art? To answer these questions we just need to wait and see.

Anton Skorubsky Kandinsky is known for his “Gemism” paintings, works inspired by and decorated with gem stones. A movement founded by the artist in New York in 2004, Gemism, consists of realistic images of gemstones that are intermingled with flags, ideograms, political figures and celebrities mixed with symbolism from China, the former Soviet Union and American pop culture. 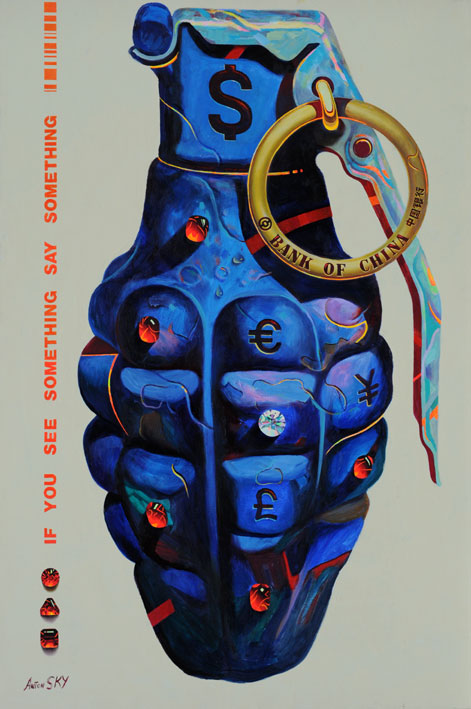 Art Next Gallery is dedicated to creating an East-West discourse by spotlighting the greatest artistic talents ascending across Asia and emerging here in New York. By featuring both emerging and established artists from Beijing, Shanghai, Seoul, Tokyo, and New York, Art Next offers the Chelsea gallery community a unique confluence of cross-cultural vitality, shifting perspectives, and the newest voices of artistic identity. Art Next Gallery, located in the heart of Chelsea, functions as a gallery and event venue for artists, auctions, and various private events.

China-ism exhibition is curated by David Rong and Alex Demko. 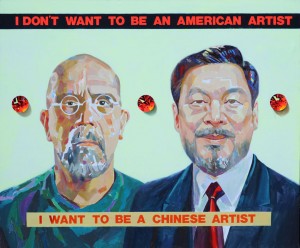 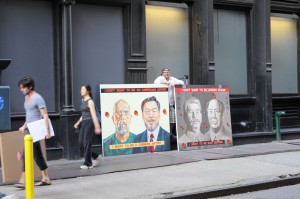