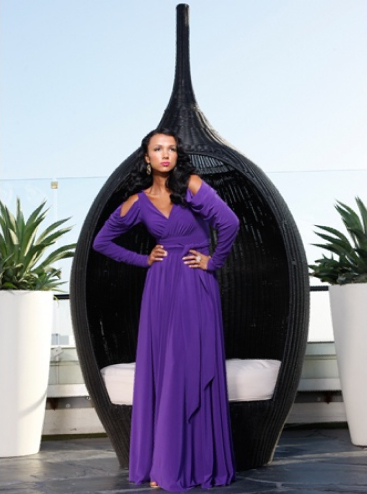 It’s Fashion Week here in Los Angeles and I’m covering my party-hopping between shows and events celebrating West Coast trends for Fall 2010.  On Thursday night I hustled my gay husband to kick it off with me by popping into a special event hosted by Eveline Morel, owner of LA boutique EM & Co.

Morel has been called a “champion” of local designers here in Los Angeles.  Her West LA store boasts combination of world-class apparel, keeping company like Vivienne Westwood, Jean-Paul Gaultier, Stella McCartney and Missoni alongside lesser-known talent straight from the city. “It’s important to really support local talent. And there is a lot of talent in LA.”  She says, “When we see a designer that has that je ne sais quoi, we love spreading the word! And people are listening to us.”  In addition to the 30 lines they house in their small operation, EM & Co. also is known for its thematic parties, which has garnered fashion fans in the city and throughout the world via live webcast (last season four million online viewers logged in to watch her live streaming shows!) 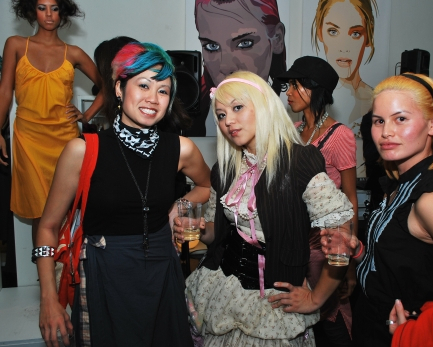 For 2010 Fall Fashion Week Morel presented, “Up Next: LA Designers – Brave New World”, which featured a dynamic installation in multiple acts and models posing as living art.  Walking into its clean, open gallery space provided ample room to get up close and personal with the designs on display.  LA designer Angela Dean was the highlighted artist of the evening, presenting pieces of her well-crafted ready-to-wear collection in metallics and bursts of color.  Dean’s work seems to be a worthy representative of Los Angeles’ Hollywood circles, her gowns have been worn by celebrities like Paris Hilton in her cabaret-inspired Can Can fragrance campaign, Katy Perry, Queen Latifah, and Vivica J. Fox.  Her stately design work has also graced the cover of Oprah Winfrey’s O Magazine.  Here at “Up Next”, Dean’s designs successfully married the ideas of fun, sexiness and comfort, which was very fitting, very LA.
Overall it was a vibrant and well attended night at EM & Co., it’s inspiring to see an independent shop owner looking out for the talent in her own city instead of outsourcing her lines.  It reminds us that although LA’s reputation for fashion may be in its early development on a global stage, supporting designers in our own backyard provides a loyalty-factor that Fashion Week cannot continue without.  It seems her mantra “think global and act local” can go a long way in both the fashion world and beyond.    To learn more about EM & Co. visit www.emandco.com To learn more about Angela Dean visit www.deanzign.com