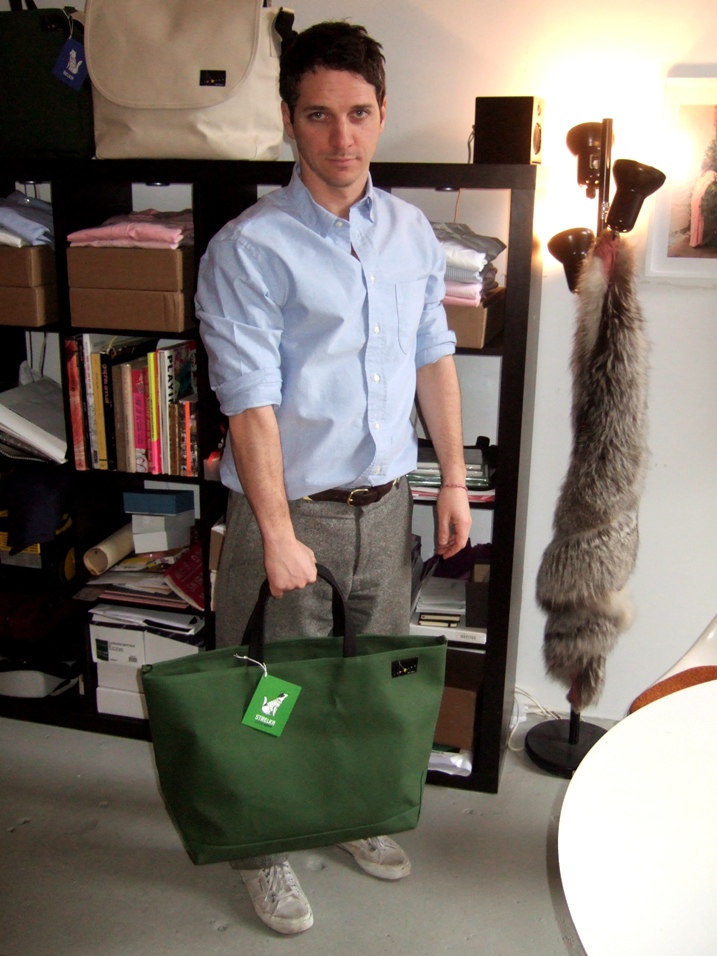 It is a rainy day in New York City and I am on my way to the studio of Matt Singer. For those who don’t know who Matt Singer is, he was the former designer of the Jack Spade label. Mr. Singer began working with the founder of Jack Spade,  Andy Spade (husband of designer, Kate Spade and brother to David spade the actor) in 1999, after they met working at an ad agency. Together they developed the idea to create a brand and the label for Jack Spade was born. Mr. Singer’s responsibilities were to create the infamous canvas bags and a line of clothing as well as kids toys. When Andy Spade sold the company Matt made the decision to go on his own and create his own label. The collection is available at Project N0.8 boutique in the ACE Hotel in New York City and stores in San Francisco, Tokyo and at www.mattsinger.net. 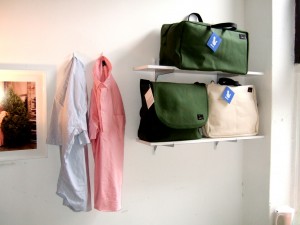 WM:   What gave you the inspiration to start your own line of cloth and accessories??
MS:   I wanted to live my own American dream.  It is something that we all want, whether it is a restaurant or a nail salon. Having my own business allows me to be creative. Some of the objects that I create become an art object to me.

WM:   What is the philosophy of your design??
MS:   It is a classical American idea, my brand is very friendly and casual, not pretentious or inspirational to a yacht club or polo club. I enjoy working with a good shirt maker, I want to provide the best Oxford shirt, the best button-down shirt and the best canvas bag. That is when my real personality comes out in my design. 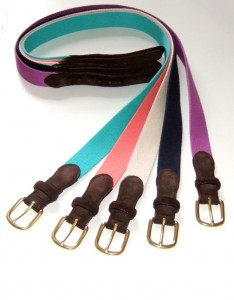 WM:   Describe the materials that you like to work with??
MS:   I like to work with canvas because it is a material that ages well. The cotton Oxford shirts I like are made in the U.S.A by local shirt makers who have a generational tradition for making shirts and take pride in using high quality materials for production. That is why my shirts are more expensive than other products manufactured in places like Asia.

WM:   Tell me about the logos in your cloth and bags??
MS:   There is the solar system designed like a game and there is Mr. Ratty Pants inspired by the many rats on my street and a chapter in a book by writer David Sedaris in which he describes rats in the streets of NYC. But if you look close at Mr. Ratty Pants he is holding a cell phone and eating a piece of cheese. He is a total NYC multitasked rat. Then there are the three dogs, inspired by the Soviet experiments to send animals into space.  In the belts you see a gorilla getting weighed and he is angry for being seen. The logos again are my personality coming out in my brand. I like story telling through the product.

WM:   What is the idea of vintage watches?? 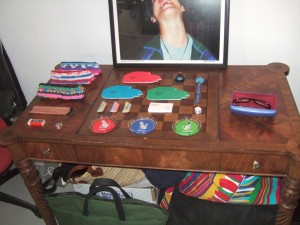 MS:   I love watches and my dad gave me my first vintage watch when I was in college. That inspired me to collect vintage watches.

WM:   What is the inspiration for the bags??
MS:    I like military bags and a great utility bag by the military is good inspiration. Also L.L.Bean has been creating products that are of high durability and quality like their classic boat and tote canvas bag.

WM:     Tell me about Project Selima??
MS:    I had approached Selima (the eye wear designer) when I was working for Jack Spade to invite her to do a project with me but it never happened. When I went on my own I contacted her again and we both got involved with a project for an artist magazine called The Thing. We got involved with author Jonathan Lethem in an issue entitled the “Chaldron Optical System” and was related to his novel Chronic City. The project consisted of a pair of clear glasses with text on both of the arms in a case. I really enjoyed working with Selima, she is a lovely person.

WM:   How are you different from Jack Spade?? 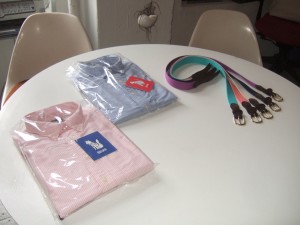 MS:   Everything is different for Jack Spade from when I started. The company was sold and now they have a seasonal collection. I think that I don’t want to make bags that change in style every season. My designs are trace dent and unisex any one can wear them: boys and girls. My world is not the fashion world; I don’t aspire to show in Bryant Park and have fashion shows under a tent. 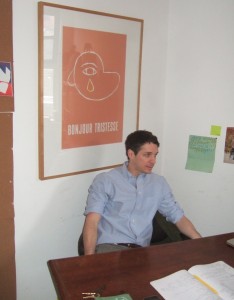