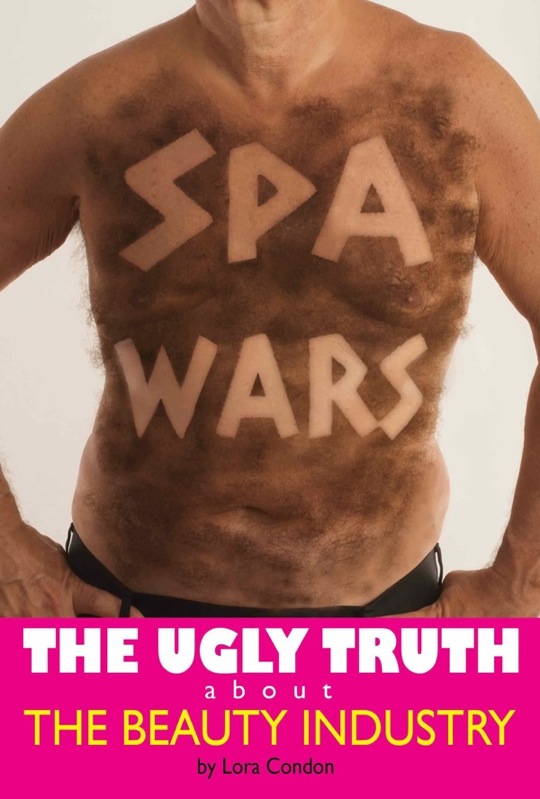 By Carolina Sanchez for Women’s Mafia

“Spa Wars” by Lora Condon is filled with hilarious true stories about the highs and lows of the Spa and Beauty Industry, with names sometimes-but-not-always-changed to protect the not so innocent. It is followed by tips by this illustrious professional makeup artist and three-time National Spa Week Award Winning Esthetician on the best products. You will also find the best insights for applying and combining beauty products like a pro, spa etiquette and recommendations to get the most out of your hard-earned spa dollars.

Lora’s account of how she came to write this Memoir-meets-Buyer-Beware are almost as hilarious as her true Spa horror stories. Lora made the attempt to write a book about her life back in 2002, following a Haitian Voodoo priest’s advice, but this did not become a reality when she considered the thought of re-living her life was just “too depressing.” Later, in 2006 she started writing a book called “Just Your Average Angry American.” The book revolved around things that bother people, including politics and stupidity. In it she also added her own stories from when she worked in the Spa industry. As she told people, such as her celebrity and news industry clients, what she was writing about, she became aware that what people really want to read is what happens in the spa and and behind the makeup counter when the doors are closed.

Spa Wars tells true stories about the Spa and Beauty Industry, each narrated by the author in a witty manner. Lora, also known as “The Beauty Buster” for her consumer advocating tendencies, has a clear mission with her debut book: increased quality, integrity and authenticity in the beauty industry and truth in advertising to protect clients and the companies trying to keep them.

Some highlights: learn about “Gay Trance” and much more about Makeup Counter Psychology, an entire chapter of “Beauty Bullshit” that will have you cleaning out your makeup bag, guides on the best products and “fixes” to make all kinds of cosmetic products work better for you.

Available immediately for you at Amazon, Barnes & Noble, Borders and more!