Party like a Princess! Celebrity DJ Lee Dagger Celebrates with The Women’s Mafia at Penguin in SoHo

World famous DJ Lee Dagger will be spinning at the Royal Wedding after party on the 29th for the Prince and Princess, after that he’ll jump on a plane and come to New York to play at this event. And the Women’s Mafia and SoHoNYC have secured you exclusive invites to this event at the Original Penguin store in SoHo! 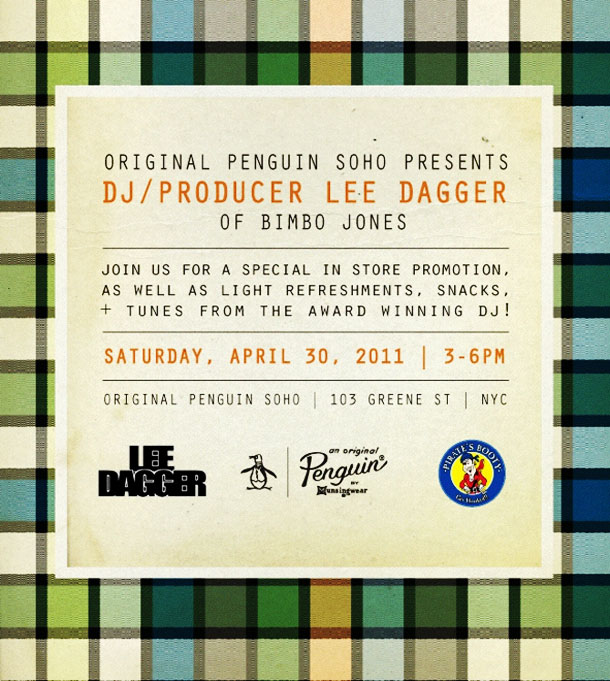