Celebrate Cognac’s Birthday and the Launch of the “Ladies Behind Lenses” Film Festival!

Clear your calendar for Wednesday June 8th! The Women’s Mafia and the team of creatives at Rocketlight Films and ChickMakesFlicks are hosting a super-hip Fundraiser for the upcomilng Ladies Behind Lenses Film Festival and the event will also celebrate the Birthday of Intrepid Celebrity Reporter Cognac Wellerlane. Cognac is well known for covering high profile media events such as the Emmy’s, the Tribeca Film Festival, The Hamptons Film Festival and Mercedes Benz Fashion Week. She will be presented with the first annual Women’s Mafia Boldness Award, the first of many awards that will be presented in the Film Festival to women who contribute to high qualtiy Film-Making, Directing, Acting, Cinematography, Writing and more! 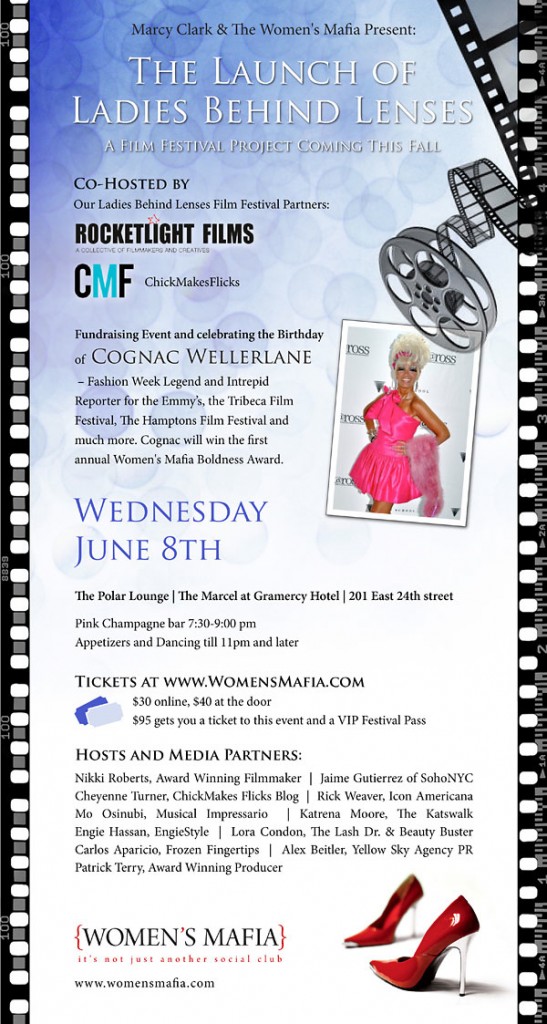 Press and media can RSVP to Marcy@womensmafia.com