I’m very excited to share with you that the Patrick Terry produced spectacular WONDERSHOW is returning to NYC this August 21st – 23rd at The Muse, Bushwick’s newly renovated circus arts warehouse. Would you be interested in press tickets to Wondershow and sharing about this opportunity for amazement? 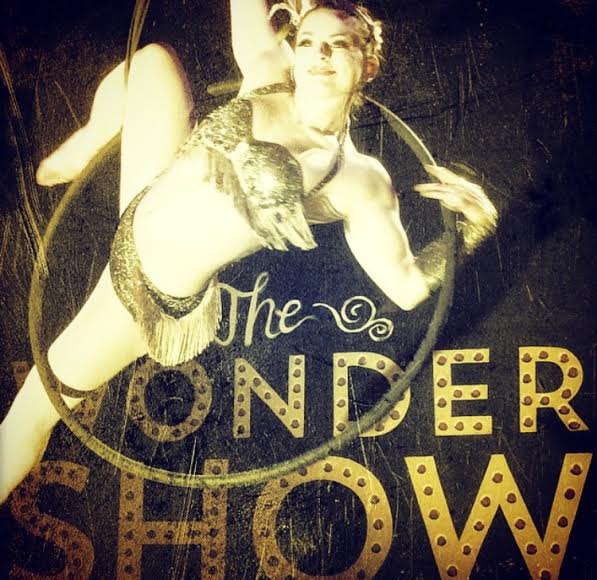 WONDERSHOW PREMIERES FOR 3 NIGHTS AT THE MUSE IN BROOKLYN
Friday, Saturday and Sunday August 21st – 23rd, Doors Open at 7pm
WONDERSHOW returns to New York for a 3-night spectacle of mystery and mischief featuring a line up of today’s top magicians and variety artists. Praised by Time Out New York as “Professional Mindfuckery by the most skilled performers in the business, ” this new installment will showcase uproarious comedy from MASTER LEE (Late Night with Conan O’Brien) as well as jaw dropping magic from TJ TANA (Masters of Illusion), plus exquisite sleight of hand from BEN NEMZER (Hollywood’s Magic Castle) and Much More!

Presented exclusively at THE MUSE – Bushwick’s newly renovated circus arts warehouse – WONDERSHOW is an experience like no other and will highlight the best in underground talent as well as established professionals, like the evening’s headliner, JON STETSON: America’s Master Mentalist. As one of today’s most popular magicians, Jon has appeared on major networks and in major venues around the globe, not to mention private shows for The King of Sweden, The New England Patriots, and multiple Fortune 100 companies. His extensive television credits and thousands of live shows combined with a razor sharp style – and sense of humor – guarantee that you will never forget ‘The Stetson Experience.’

And as if that wasn’t enough, WONDERSHOW will also include a special performance from 25-time world record holder, THE GREAT THROWDINI, who has appeared on Good Morning America, ESPN, and The History Channel. A Grand Champion in the Impalement Arts, Throwdini will demonstrate the skills that made him one of the most elegant and terrifying entertainers in the world.

Like nothing you expect and everything you imagine, this concert of modern vaudeville will also feature glam soul songstress AUDRA ISADORA as WONDERSHOW’s Master of Ceremonies. Described by Vogue as “Your Future Musical Obsession,” she will provide a live soundtrack to the night’s spirit for all things astounding and confounding.

Tickets on Sale at:
Website for the amazing venue:
http://www.themusebrooklyn.com

Jon Stetson
America’s Master Mentalist, Jon Stetson has been astounding audiences across the globe for over 25 years. One of today’s most popular touring magicians, Jon combines comedy, psychology, magic into an unforgettable blend of live entertainment and has recently performed for The New England Patriots, The King of Sweden and multiple Fortune 500 companies. Prepare your minds for The Stetson Experience!

Audra Isadora
The self-described ‘petrie-dish love-child of Grace Jones, Billie Holliday and David Bowie,” Audra Isadora is a glam soul songstress unlike anything you’ve ever experienced. Praised by Vogue as “Your future musical obsession,” she will provide a live soundtrack for WONDERSHOW’s spirit for all things mysterious and mischievous.

The Great Throwdini
With over 40 Guinness World records, The Great Throwdini is one of the most
elegant and terrifying performers you’ll ever see. Regarded as the greatest Knife thrower to have ever lived, he has appeared on America’s Got Talent and The Late Show with David Letterman. Additionally, he is also the recipient of Magic’s highest honor, The Merlin Award.

Aurora Black
Known as “The Prima Ballerina of New York Burlesque,” Aurora Black is regularly featured at The Slipper Room, Duane Park, and Le Scandal Cabaret.
In addition to being a fan favorite at WONDERSHOW, she is also s a member and choreographer for Rachel Klein Dance Ensemble, and many other local dance companies. In 2014, she won the “Flash Dancer” Golden Pastie Award at the New York Burlesque Festival by having the fanciest footwork.

Ben Nemzer
One of New York’s most popular performers, Ben Nemzer always delivers breath-taking magic with laugh-out-loud comedy. A long time favorite
at The Muse, Ben has performed thousands of shows everywhere from Manhattan to Morocco and all points in between. Recently, he wow’d
audiences at Hollywood’s famed Magic Castle and is a regular at the long running off-broadway show, Monday Night Magic.

Master Lee
Master Lee is one of New York’s most valuable comedy resources. In addition to appearances on Late Night with Conan O’Brien and Caroline’s Comedy Hour, he has also performed on Sesame Street and Showtime at the Apollo, all while touring the world with his unique brand of humor and martial arts mastery.

TJ Tana
New York’s own TJ Tana is a rising star in the magic world and has recently been touring with the acclaimed stage show, Masters of Illusion. His skill and style have been mesmerizing sold out crowds for years, but he will be making his WONDERSHOW debut at The Muse, don’t miss it!