TALENT: Q&A with Patrick Terry and Jon Costantini of THE INTERLOPERS and Opportunity to Win Tickets to The Screening on Decemebr 3rd 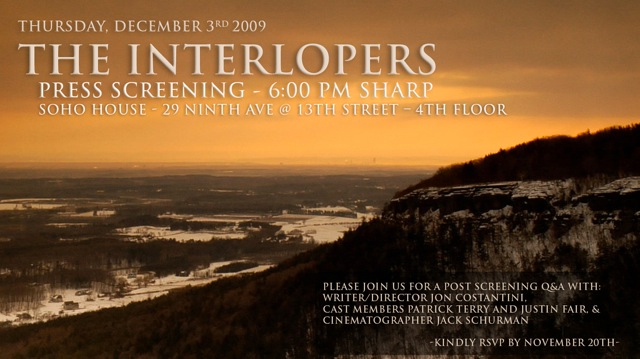 The Interlopers is Saki’s famous tale about two men, Georg Znaeym and Ulrich von Gradwitz, whose families have fought over a forest in the eastern Carpathian Mountains for generations. Ulrich’s family legally has ownership of the land, but Georg feels it rightfully belongs to them. One day finds them both hunting there at the same time, and through a strange twist of fate the characters become acquainted with each other in a whole new way.

Our friends Patrick Terry and Jon Costantini have created an original short film of this classic story, filmed in the Appalacian Mountains this last winter, that will premiere at the SOHO House on Thursday December 3rd at 7pm. Three lucky Women’s Mafia readers will get tickets!

RSVP to Marcy@womensmafia.com for tickets and enjoy our exclusive Q&A with Patrick and Jon below. 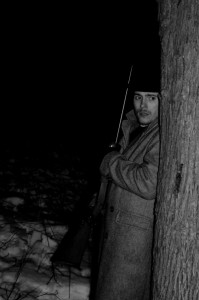 Women’s Mafia: Had either of you ever created a period piece before? What drew you to the story initially?
PT: Adapting this kind of material was a first for both of us. But in terms of the story, without giving too much away, we were really drawn to how it was able to be so effective with such a simple premise. It was first published in 1919, but still holds up so well 90 years later and there is a reason for that. We wanted to explore what those reasons were. And plus the environment that Saki creates is so cinematic, it just felt like a good fit.

WM: You made a film in the Adirondack Mountains – how long were you having to spend outside shooting each day in the cold? Patrick – how long were you laying in the snow?! How did you handle it mentally?
PT: Despite the bitter elements, we were very lucky to have wonderful accommodations while filming. The cast and crew were set up in a beautiful cabin. But our shooting days were pretty intense. Those vista shots were imperative, so we started the days before sunrise and would work well into the night. The scenes in the snow took 2 days to cover and we were basically lying there around the clock. It. Was. Freezing. But it was fun. Everyone was there together so we were able to feed off a genuine ensemble vibe. Plus our boots and coats and gloves were all lined with hand warmers. So we managed. Barely :) 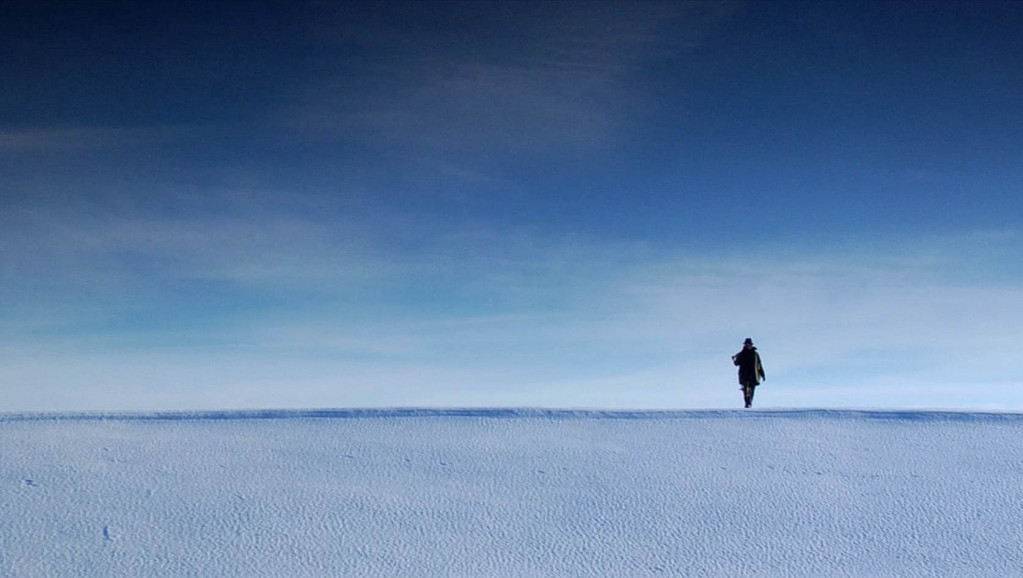 WM: You created a period piece that deals with intense property disputes – is it a coincidence that your film is dealing with one America’s biggest problems currently?
PT: Not at all. That was one of the elements that was most intriguing for us from the very beginning. Themes of inheritance and possession breed this idea that, on any scale, most major conflicts come down to ownership. This story had a very clever way of putting these ideas in action. And from gang violence to the middle east conflicts, the fact that many of the world’s problems still stem from similar notions is just a testament to the material.

WM: Were you nervous to tackle the story on an independent budget?
PT: Yes. We were financing this film during a recession so that was a very arduous process. But we were lucky. Despite some major 11th hour obstacles, the stars aligned and everything came together. Par for the course!

WM: The characters in the film live a life very different than the life on a Manhattan bachelor. How did you guys get into the mindset of a hunter?
JC: Wasn’t too difficult, because at the end of the day, we’re all hunting for something. Trade the woods for the urban jungle and things aren’t all that different. Everyone has that instinct in us to go after what we want. The question is how far are we willing to go and at what cost.

WM: The film looks pretty serious and probing… Were there some funny things that happened on set that made it hard to keep a straight face?
PT: Well, as you know we have some very special wild life cameos in the film. So, when the wolves were on set, it happened that they were all in heat. Luckily, they were all female (thank god!). But one joke we had for a subtitle would be THE INTERLOPERS – Dances with Menstruating Wolves.
JC: For a crucial stunt (when our main characters fall of a cliff) we used every hand on the set that wasn’t in the shot to brace a safety mat. What began as a risky challenge became a team building exercise with everyone pitching in. In the end we got 2 great takes and no one was injured. Watching the playback was a lot of fun, as everyone reveled in the accomplishment. Believe it or not, falling down a snowy ravine in the middle of the night can be a lot of fun.

WM: Lastly, tell me: what can the Women’s Mafia make happen for you?
JC: We’d love to reach as wide an audience a possible with what we hope will be perceived as an exciting and socially relevant short film. Also, the project is male driven in terms of cast, but the themes are universal. We’d love to widen our appeal to a female audience.

JON COSTANTINI (Director, Screenplay) is an independent writer and director based in NYC. In addition to work on many short films and music videos, he is currently developing a number of feature projects. When not making/watching movies, Jon moonlights as a premier computer repair technician and can be found providing solutions at one of New York’s most competitive technology retailers.

PATRICK TERRY (Producer, Ulrich) Since graduating from NYU’s Tisch School of the Arts with degrees in drama and producing, Patrick Terry has been fortunate enough to collaborate with some of today’s most inspiring young filmmakers as well as top studio executives and show business veterans. In 2007 he was the Personal Assistant to Deborah Schindler, President of International Film Production at Sony Pictures and since has expanded his portfolio to include Academy Award nominated filmmaker Kenneth Lonergan, Obie Award Winner Elizabeth Marvel, and Evan Handler of Sex and the City fame. In 2008 he was the associate producer of Angels in Progress an annual new play festival which featured, Matthew Broderick, Kieran Culkin, Kristen Johnson, Julianna Margulies, and Marissa Tomie. Also last year, he produced a One-Woman show called Driving the Saudis that details the very unique experience of being a female chauffeur to the Saudi Royal family. As an actor, favorite roles include work on the Daily Show with Jon Stewart and NBC’s The Today Show as well as numerous credits with the Atlantic Theatre company.