This Friday: Beat Zuckerberg and Raise Money for NYC Schools! 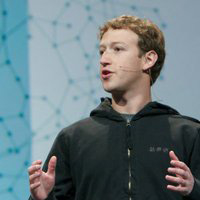 Mark Zuckerberg, Founder and CEO of Facebook, announced that he is  donating $100 Million to New Jersey schools.
NYC SCHOOLS ARE ALSO IN NEED, LET’S BEAT ZUCKERBERG!
On November 19th, 2010 THE JONATHANS will kick off the campaign with their joint birthday party at Good Units. All proceeds from the event will go to New York City Schools.

SQUIDBALL – Imagine Nintendo Wii played with no controler and 500 people.

SHITTY ADVICE FOR A DOLLAR – How Bad is Your Advice? Find out from Sally Golan Star of “Shitty Advice for a Dollar” as you give people the worst advice possible. Laugh your ass off as you read and share peoples insane counseling in this interactive exhibit by Social Exposure Media.

RSVP to RSVP@beatzuckerberg.com. The event with free with a suggested donation and perks for VIP ticket holders.