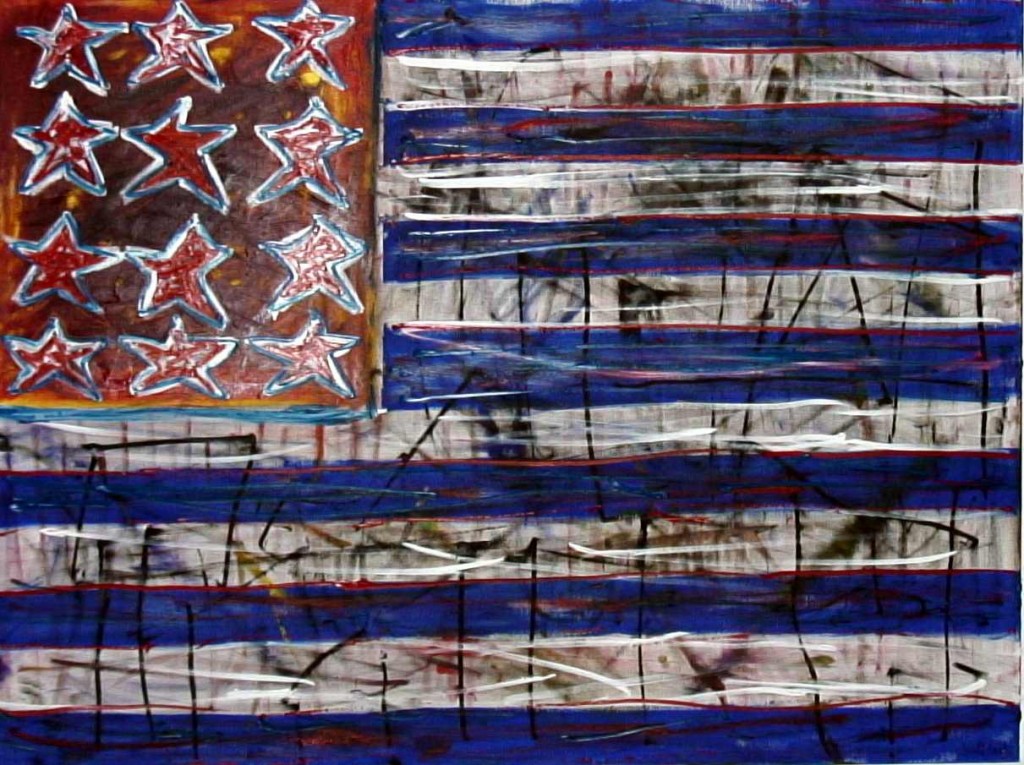 Women’s Mafia: Why did you get involved in the GLAAD OUTAuction? Have you always been passionate about gay rights?

Jodi Leib: I have always been interested in human rights and I believe the LGBT community deserves equal treatment. A few years ago I was having a conversation with an LGBT friend and he was sharing with me the struggles his community faces when it comes to being the next of kin.  I was shocked to hear that domestic partners are not automatically guaranteed the ability to participate in a life partner’s emergency medical needs, funeral arrangements, or estate inheritance should one die without a will. It just seemed tragic and unjust to me that there was this hole in the legal system, even though I understand that the laws exist to try to protect victims.  I think there needs to be more awareness that domestic partners need to have wills drawn in the event they become harmed or injured.  I also support GLAAD because I feel that hate crimes against any group of people must not be tolerated by the general population.

WM: What piece of art did GLAAD choose for the auction? Can you tell us about your inspirations?

J.L.: The painting I donated to GLAAD this year is called American Redemption.  It is an American flag with 12 stars, instead of the 13 that traditionally represent the colonies.  With so much public discussion over the past few years about America’s “addiction to oil” and the negative affects of our culture’s compulsive need to consume, this painting is a statement to those who genuinely want our nation to recover from the devastation of September 11th, Hurricane Katrina, and the economic meltdown. The message is that through recovery, anything is possible.

WM: Is this your first time being involved in the GLAAD Auction? Where else do you show your work and what style are you known for?

J.L.: This is my second year being involved in the GLAAD OUTAuction.  My first work of art I donated was a photograph I made called Flow Iris Calla Lily.  It was purchased by the Leslie/Lohman Gay Art Foundation and now resides in the foundation’s permanent collection.   My artwork has shown in galleries and exhibitions across the country most recently in Southampton, NY.  My style is bold and controversial, more like rock and roll than fine art.  I am also an independent filmmaker currently developing a feature film.
Enjoy a Press release with more info about Jodi Leib and the GLAAD OUTAuction below:

New York, November 2010 –  Jodi Leib is a multimedia artist and filmmaker.  Her work displays an unconventional philosophy dedicated to cultural awareness and resolving conflict.  Her paintings have shown in New York, Connecticut, and Detroit, where many of her paintings reside in private collections.

She joins GLAAD OUTAuction on Sunday, November 21, 2010 at the Metropolitan Pavilion, 125 West 18th Street in NYC from 5:00-9:30pm.  Proceeds from the art exhibition auction will benefit GLAAD. The event is hosted by Jill Zarin, star of Real Housewives NYC. 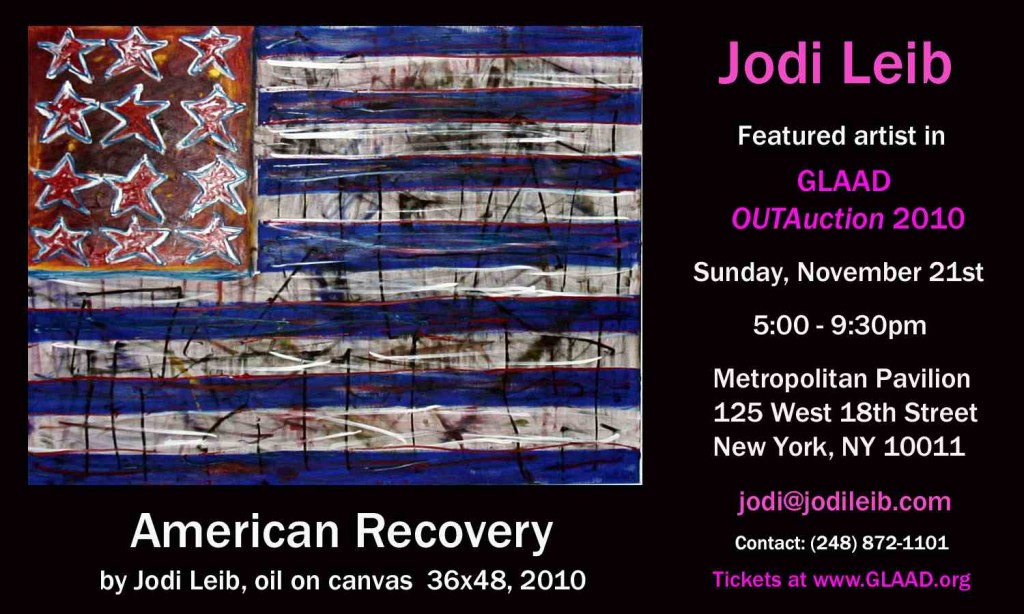