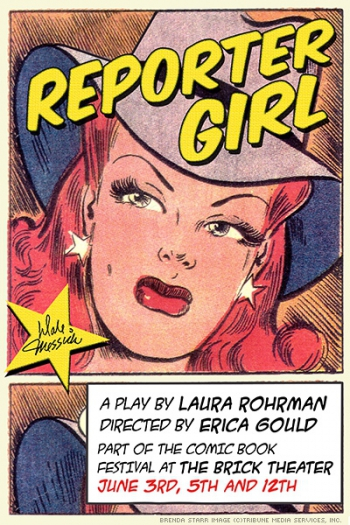 a Workshop Production of

In 1940, Dale Messick became America’s first female syndicated cartoonist when she created the famous Brenda Starr, Reporter. Written by her granddaughter, the new play Reporter Girl, takes the audience on a surprising, funny, and moving adventure into the past, the present, and scenes from actual cartoons of the 1940s to uncover the truths and secrets of an extraordinary life that lie hidden in plain site inside the panels of a comic strip.