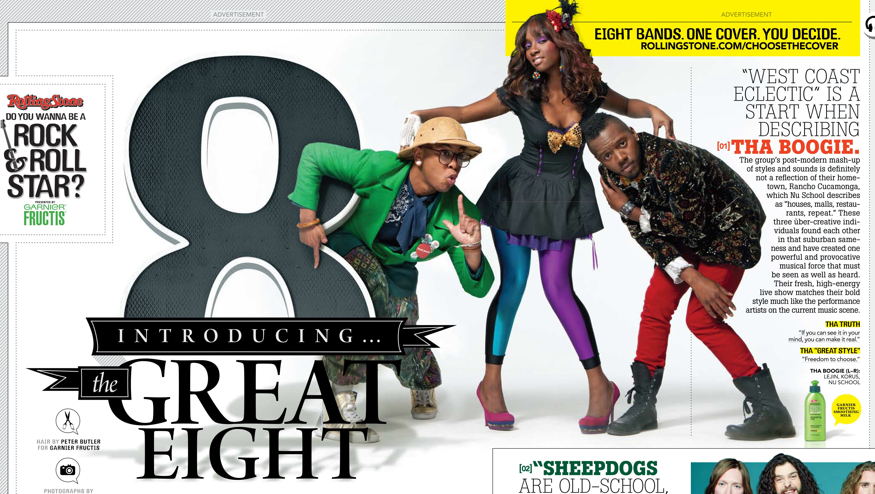 New York photographer and director Jeff Kennedy (Kennedy Etc), popular for his imaginative use of fashion models, announced the launch of his acclaimed six-page photo spread for Rolling Stone magazine including “The Great 8” unsigned bands, competing to win the chance to be on the cover of Rolling Stone.

The photographs complement a series of films directed by Jeff Kennedy, documenting each band’s musical growth and development. Kennedy’s work on the Rolling Stone cover contest comes after the Garnier Fructis Style Flies campaign, which is a video series covering some of today’s most talented musicians and their style, inspiration and influences.

“I love to collaborate with the talent, and in this case the artists were so open and eager to be creative that the approach was very effective. We truly captured each band’s personality during the shoot because they were willing to try new things”, says the artist.