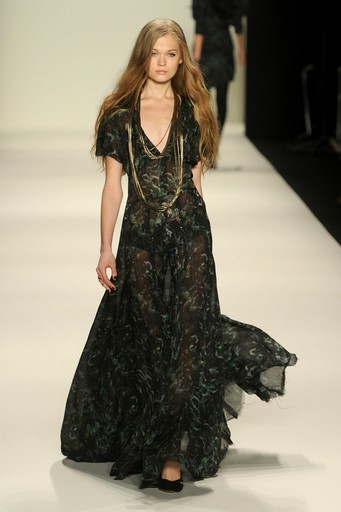 Charlotte Kemp Muhl was the Muse and musical act at Rebecca Minkoff FW 2011. She and Sean Lennon played a whole song before the first look appeared. It was a nice change of pace and they sounded wonderful live. 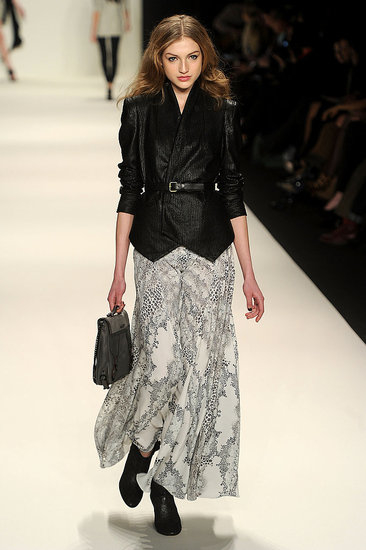 The theme of Ms. Minkoff’s collection is the Urban Gypsy, which isn’t new, but which, when done well, is always beautiful, effortless and timeless. That is what Rebecca understands. It’s what you and your best dressed friend’s wear to a Fall rooftop party and then to a chic dinner date. Looks wear seamlessly from day to night. The designs are sometimes loose in the “gypsy” aesthetic, but the tailored pieces dominated with their put-together, all-cinched-up appeal, paired with leggings or tights and denim with reinforced knees, the contrast is appealing. The diaphanous silk and chiffon print dresses were interspersed and one was featured on Ms. Kemp Muhl. They fit beautifully and had me thinking of warmer nights and trips to the South of France.

One thing is clear: Minkoff dominates the tailored jacket as well as her go-anywear hangbags.